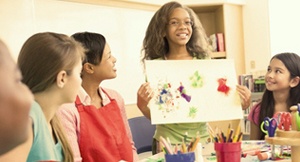 University researchers are examining the long-term impacts of PATHS, a social and emotional learning (SEL) curriculum proven to improve academic performance; increase pro-social behavior; and reduce bullying, disruptive classroom behaviour, and emotional distress such as anxiety and depression among students. It is being implemented in elementary schools in Nova Scotia, Manitoba and Alberta. Anticipating the research from SEAK would be positive in regard to the long term impact of PATHS, the project wanted to prepare for expanding or “scaling up” to more sites. The challenge was how to scale up effectively.

The Quaich Inc. was contracted in 2012 to develop a strategy for scaling up mental health promotion in Atlantic Canada; to increase public awareness of the value of social and emotional learning (SEL) and its correlation to good mental health. A key element of the strategy is to manage the cultural shift to a philosophy of health promotion and intersectoral ownership of mental health promotion programs in schools. The Quaich completed an environmental assessment, developed a communications strategy and a “Scale Up Primer” to promote SEL in Atlantic Canada; and hosted a Think Tank to build a network supporters and champions of SEL across the Region.